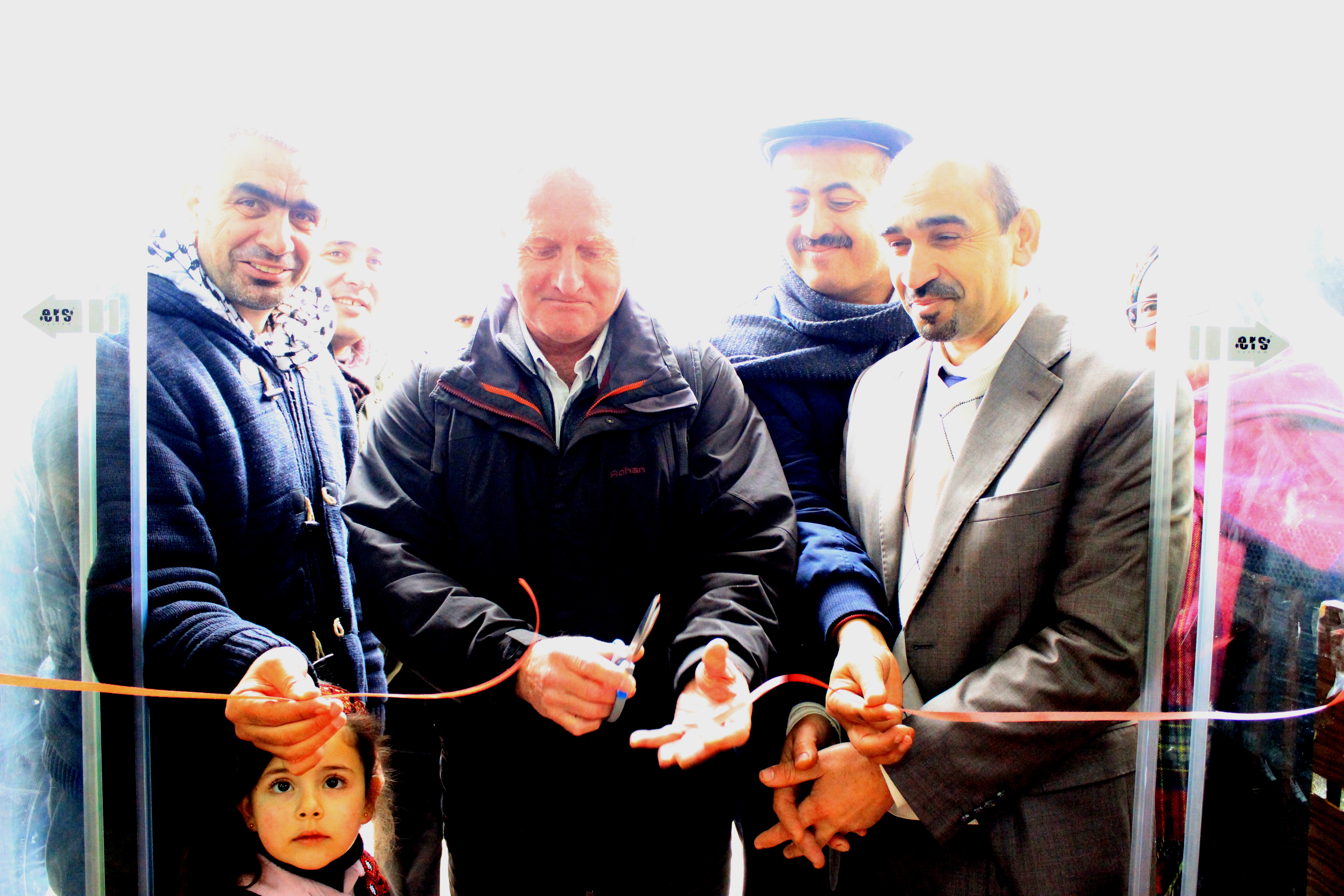 The Ministry of Social Affairs opened the ceremony by stressing the importance of the role the Ministry plays in cooperation with the charitable societies and other institutions. As well Mr. Amayreh, the Director of the ACF, stated that the ACF’s new trends are shifted from relief work to social projects to solve social problems and obtain economic sustainability.

Then Al-Sughayer gave an overview of the project activities from the start until the establishment of the consumer establishment in its current form. Also, he stressed the importance of having such a partnership between the education sector and all the other various sectors, mentioning the leading and entrepreneurial role  played by the PPU and the UGU Board of Trustees. He then stated that the University experience of social projects of an economic nature has been the first for the PPU. As for the proceeds of the  project,  one part of it would go to the “Poor Student” at the PPU, another part would go to the poor in the southern part of Hebron District, and also one part would be for the project development

In a related context, Abu Sneineh emphasized the role of Al-Mahawer Society in the southern area and the importance of these projects in supporting the people’s steadfastness in this area. Then he thanked everyone who has contributed to the success of this humane project.

At the end of the ceremony, the attendees went to the consumer establishment for its  inauguration and  ribbon-cutting and then they made a tour around.