Under the patronage of Palestine Islamic Bank and Infinity Company for Advertising, Printing and Design, the Language and Translation Center (LTC) holds Spelling Bee in English Language at Palestine Polytechnic University 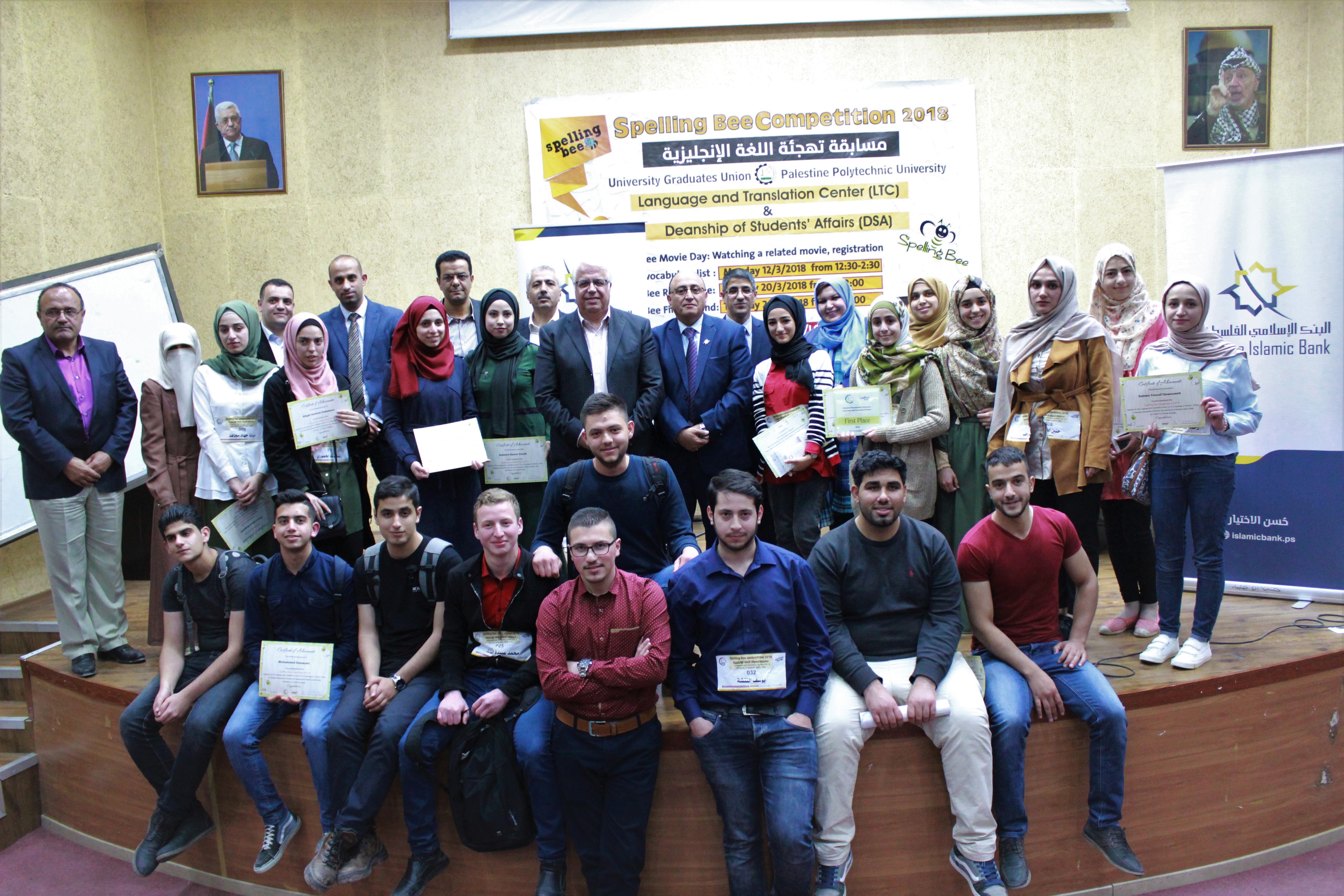 After announcing the results of the competition,  the winners were honored by Dr. Imad Khatib, the President of the University, Nizar Bali, the Director of Palestine Islamic Bank in the southern area, Ms. Eman Ahmad Dweik, the Director of Public Relations at Infinity Co. in the presence of  Dr. Mustafa Abu Safa, the PPU’s Vice-President of the Academic Affairs, Dr. Waleed al-Rimawi, the Dean of Students’ Affairs, Dr. Mohammed Husni Tamimi, the Director of the Language and Translation Center  and the LTC’s staff, in addition to a number of the PPU’s academic and administrative staff and a large number of the University students.

It is noteworthy that the Palestine Islamic Bank and Infinity Co’ donated cash and item prizes to the winners. In addition, the Infinity Co. has done all the printing of all necessary materials like posters, booklets and leaflets of the competition.

At the end of the competition, Dr. al-Khatib honored the Palestine Islamic Bank and Infinity Company for their support and funding this activity.

It should be mentioned here also that this competition has been  the 5th Spelling Bee the LTC organized, and that this experience has been also transferred to the four Directorates of Education in Hebron Governorate: Center, South, North and Yatta.

Dr. al-Tamimi has pointed out that such competition enhances the students’ motivation to learn English and gives them the opportunity to learn more than 1500 words with their pronunciation and meaning as well as using these words in correct sentences. Having such competitions, he said,  would encourage them to study their English basic course for its importance for them now and then.