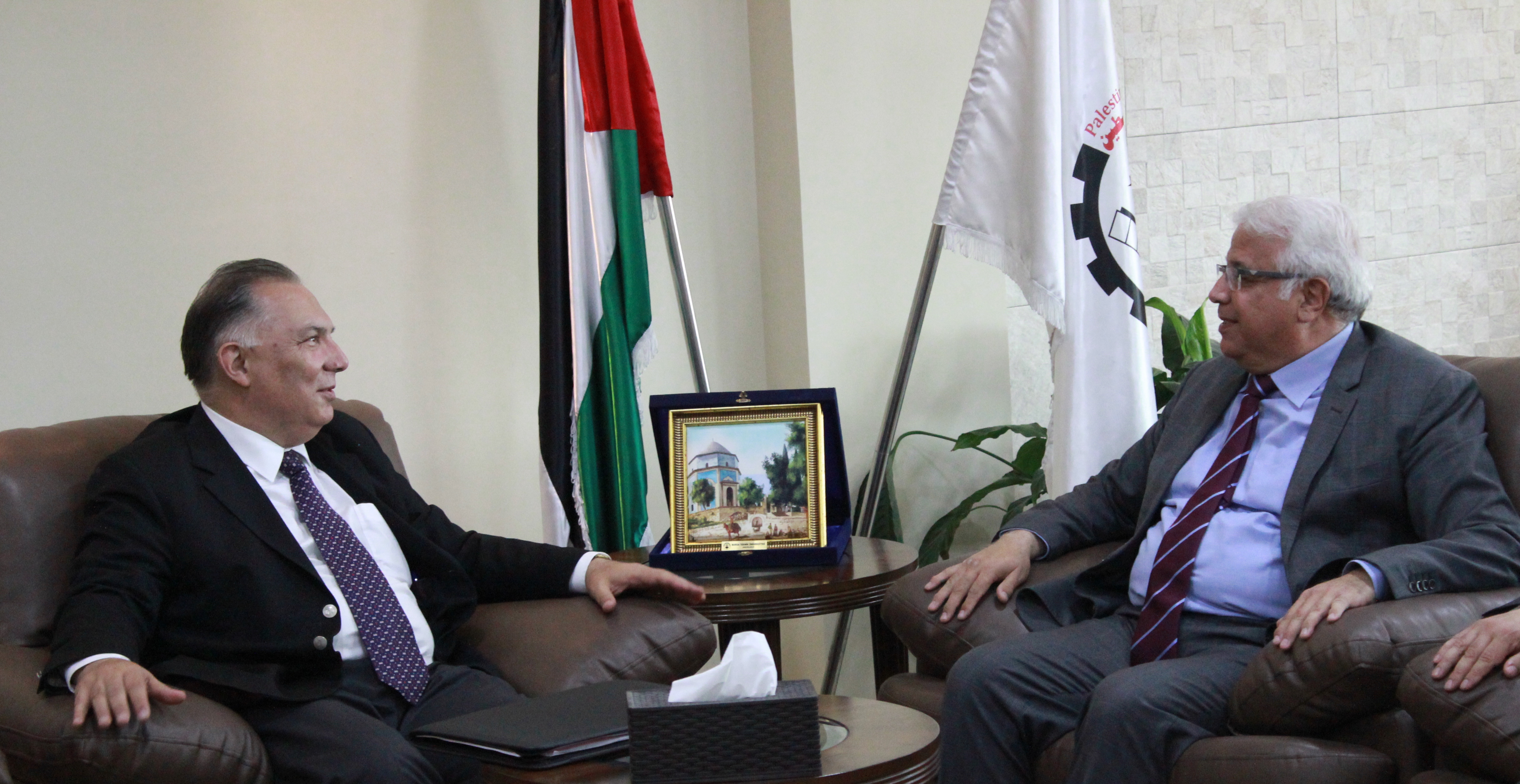 On April 2, 2018, the PPU received the Turkish Ambassador for Palestine Mr. Gorjan Turkoglu and discussed with him means of  enhancing  joint cooperation between the two countries. The delegation was welcomed by the University President Prof. Imad Khatib, a member of the University Graduates Union Mr. Rif’at Tahboub, the President’s Vice-presidents and  administrative staff from the University, in the presence of  the Mayor of Hebron Mr. Tayseer Abu Sneineh, the President of Hebron Chamber of Commerce and Industry Engineer Mohammad Ghazi Herbawi, and the businessman Mr. Rafiq Abu Munshar.

Al-Khatib welcomed the visiting delegation, praising the scientific competences in the Republic of Turkey and stressing the importance of supporting the exchange of scientific and academic experiences between the two countries.  He also pointed out that the University programs are distinguished and dedicated to responding to the needs of the labor market, and he emphasized the University’s interest in developing relations with various universities around the world.

Mr. Oglu expressed his admiration for the academic and research development  and the advanced level of the University in the field of higher education. He then expressed his willingness to have such  joint cooperation between Turkish and Palestine universities, not forgetting to express his admiration for the good reputation of the University at all levels.