Participation of Dr. Mohammad al-Adam in the Third International Meeting on Science in Palestine at Massachusetts Institute of Technology (MIT) in USA 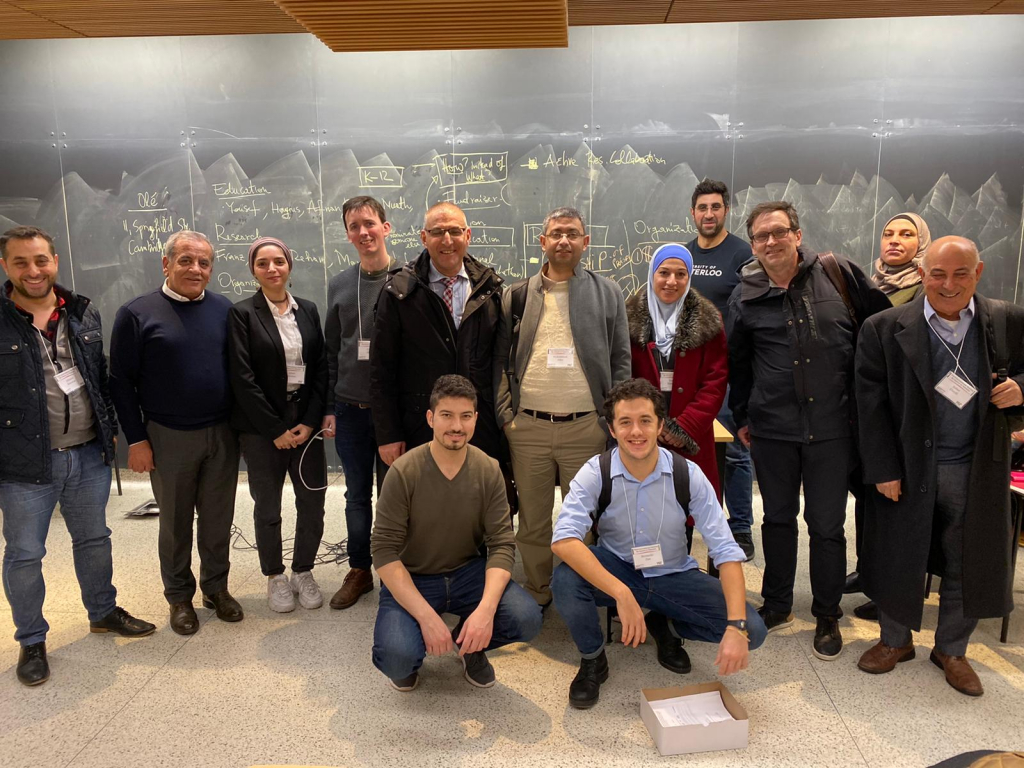 Dr. Mohammad Al-Adam, Assistant Professor at the Department of Applied Mathematics and Physics at Palestine Polytechnic University participated in the delegation of Palestine scientists at the Third International Meeting on Sciences in Palestine, held at the Massachusetts Institute, USA, from January 10-12, 2020, and organized by the Association of Scientists for Palestine in cooperation with the Palestine Academy Palestine for Science and Technology. More than 200 scientists and researchers attended this meeting which aimed to support Science and scientists in Palestine and mobilize the global energies and efforts for that purpose. During the conference, there was a discussion on the establishment of a Palestinian-American science bridge.

Dr. Al-Adam gave an introductory presentation about Palestine Polytechnic University, its vision as science, technology and innovation entrepreneurial university and its relationship with the local and global community, and its interest in networking with various universities in the world, demonstrated by exchanging administrative and scientific visits, encouraging and motivating its staff, and overcoming obstacles that stand in the way of achieving these goals. He also reviewed the programs and the academic  degrees offered by the University, and then he briefed his most important scientific achievements, the awards he obtained and the research issues he is working on.

On the sidelines of this meeting, Dr. Al-Adam met a number of mathematicians, from the Massachusetts Institute of Technology and American universities, where a number of mathematical issues of common interest were discussed. He also participated in an important meeting attended by His Excellency Minister Dr. Marwan Awartani, President of Palestine Academy for Science and Technology, Minister of Education, and Prof. Dr. David Mumford, who holds the Fields Medal in mathematics and Heinz Miller, Professor of Topology at the Massachusetts Institute of Technology. It was agreed, in the meeting, that Palestine should be a member of the International Mathematical Union (IMU) and immediately begin preparing the membership application file.